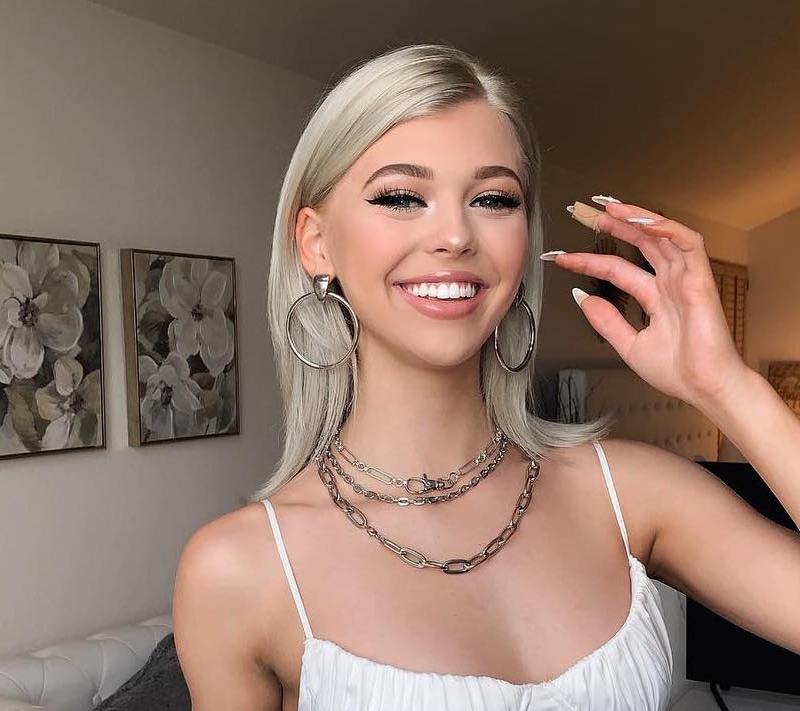 Loren Gray is an American Tik Toker, YouTuber, and singer. She became famous through the Tik Tok app. Loren joined the app in 2015 when it was still called musical.ly.

She has over 48.6 million followers on the app in October 2020. Gray was once the most followed person on Tik Tok. However, Charlie D’Amelio has since overtaken her.

Loren also has 20.6 million followers on Instagram in October 2020. Moreover, Gray is also a musician and is signed to Virgin Records. Her debut song My Story was released in August 2018.

Check out Loren Gray’s net worth and details of her lifestyle in our article.

Loren Gray is estimated to be worth a good $5.1 million.

She has managed to make this much thanks to having millions of followers on social media.

Loren Gray is living large thanks to a successful career as a social media influencer.

She recently bought her first home and posted a house tour on her YouTube channel on 27th October 2020. The house is a luxurious mansion that boasts about 5 bedrooms, all finished in the best materials. We are especially obsessed with the beautiful color of the house’s floor.

The house boasts a big kitchen with a central island, a dining room, a beautiful winding staircase, and a fireplace. Outside, there is a luxurious swimming pool that boasts a waterfall feature and a water slide.

Moreover, the backyard is expansive and it features beautiful landscaping with lush grass and a water fountain.

Loren drives a luxurious white Range Rover which we can see parked in her garage.

Loren Gray joined Tik Tok in 2015 when it was still musical.ly. Since then, she has racked up almost 50 million followers on the app in 2020.

Loren was signed by Virgin Records in 2018. She released her first single, My Story, in August that year. In November of that year, Loren released her second song, Kick You Out. In December, she followed it up with her third single, Queen.

Loren released her fourth single, Can’t Do It, in May of 2019. In February of 2020, she was featured in Taylor Swift’s video for the song The Man.