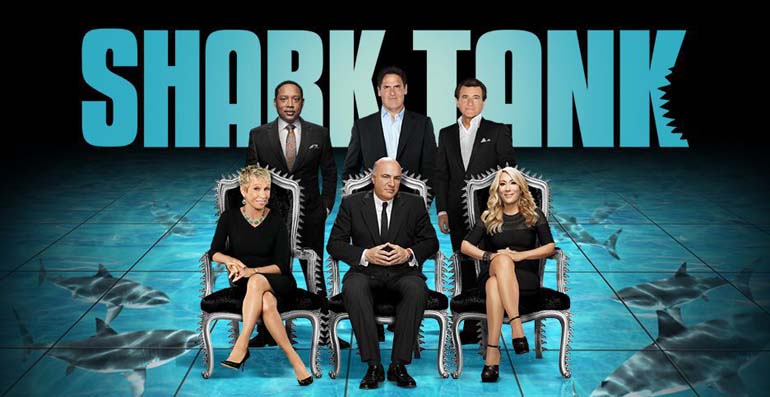 Shark Tank is a multi-Emmy Award-winning reality television series that premiered on August 9, 2009. It airs on ABC Channel in American, and it is a franchise of the Dragon’s Den whose origin was in Japan in 2001. The show inspires business-minded individuals to dream bigger by investing in the most profitable businesses and products at America’s disposal. The Shark Tank is open to people from different backgrounds to chase the American dream and acquire business deals that could transform them into millionaires. Billionaire Mark Cuban, Barbara Corcoran, Lori Greiner, Robert Herjavec, Daymond John, Kevin O’Leary and Kevin Harrington are the leading cast members in the show. Learn about the individual Shark Tank stars’ net worth here

Mark Cuban net worth as per 2018 is $ 2.7 billion. He is an investor, film producer, television producer, actor and entrepreneur. Born July 31, 1958, in Pittsburgh, he attended the University of Pittsburgh, Indian University, Bloomington, and Kelley School of Business in 1981 graduating with a Bachelor of Science degree in Business Administration.

Mark built his empire from a humble beginning. At 12, he was selling garbage bags door to door, working as a bartender, disco dancing instructor, party promoter and now he is a successful businessman. He is one of the panellists on Shark Tank show and a husband to Tiffany Stewart.

Corcoran net worth is $ 80 million. An American investor, consultant, author and television personality, Barbara is well known for her role in the Shark Tank show as one of the panellists.

She was born in Edgewater, New Jersey in 1949 and graduated from St. Thomas Aquinas College in 1971 with a degree in education. By the age of 23, she had been employed twenty times before taking a $ 1000 loan to start her real estate business in New York City.

The real estate business is now worth $ 5 billion, the most significant and best-known brand in the market. She is married to Bill Higgins and together has two children.

Greiner is an entrepreneur with a net worth of $50 Million with an annual salary of $200,000. Born on 9 December 1969, in Chicago Illinois, Lori graduated from Loyola University with a degree in Communications, Journalism, Television, and Film.

She worked for Chicago Tribune while in College and also sold her jewels to supplement her income. Lori has invented slightly more than 400 products and various household items which contribute to her net worth.

She hosts ‘Clever and Unique Creations by Lori Greiner’, a very famous and popular series that airs on QVC. Besides, Lori serves as a judge on Shark Tank, a reality television series where small-scale inventors compete for financial support for their future businesses. She is married to Dan Greiner.

He is a businessman, investor and an actor with a net worth of approximately $ 200 million mostly from his businesses over the last twenty years. His date of birth is on 14 September 1962, in Varazdin, Croatia.

The ‘Shark Tank’ panellist’s family moved to Nova Scotia when he was just 7, Canada eventually settling in Toronto. Robert joined the University of Toronto where he graduated with a double degree in political science and English literature.

His breakthrough came about when the ‘Shark Tank’ star set up a technology company called The Herjavec Group in 2003. Apart from taking a role in a Canadian reality series, ‘Dragon’s Den,’ Robert has also appeared in a similar show, the Shark Tank, which is famous where entrepreneurs have the task of impressing potential investors with new ideas.  In his first marriage to Diane Plese, they had two daughters and currently has a wife named Kym Johnson.

John is an American businessman, actor, author, film producer and TV personality with a net worth of $300 million. Daymond is the founder and a former CEO and president of the urban clothing brand FUBU. He was born in Brooklyn on February 23, 1969. He appears on the reality television show, Shark Tank as a judge

O’Leary is a Canadian entrepreneur, investor venture capitalist and television personality with a net worth of $ 400 million. He founded the software company, softkey international that published personal computer software in the 1990s. O’Leary was born on July 9, 1954, at Mount Royal in Montreal. He is a Canadian of both Lebanese and Irish descent.

Harrington net worth is $ 450 million. He is an entrepreneur and a television personality. Kevin was born on September 4, 1959, in Cincinnati, Ohio. The Shark Tank star is currently the CEO of the Internet Company, TVGoods and the chairman of the company called, As Seen On TV.  He appeared in the reality television series, Shark Tank as one of the panellists.