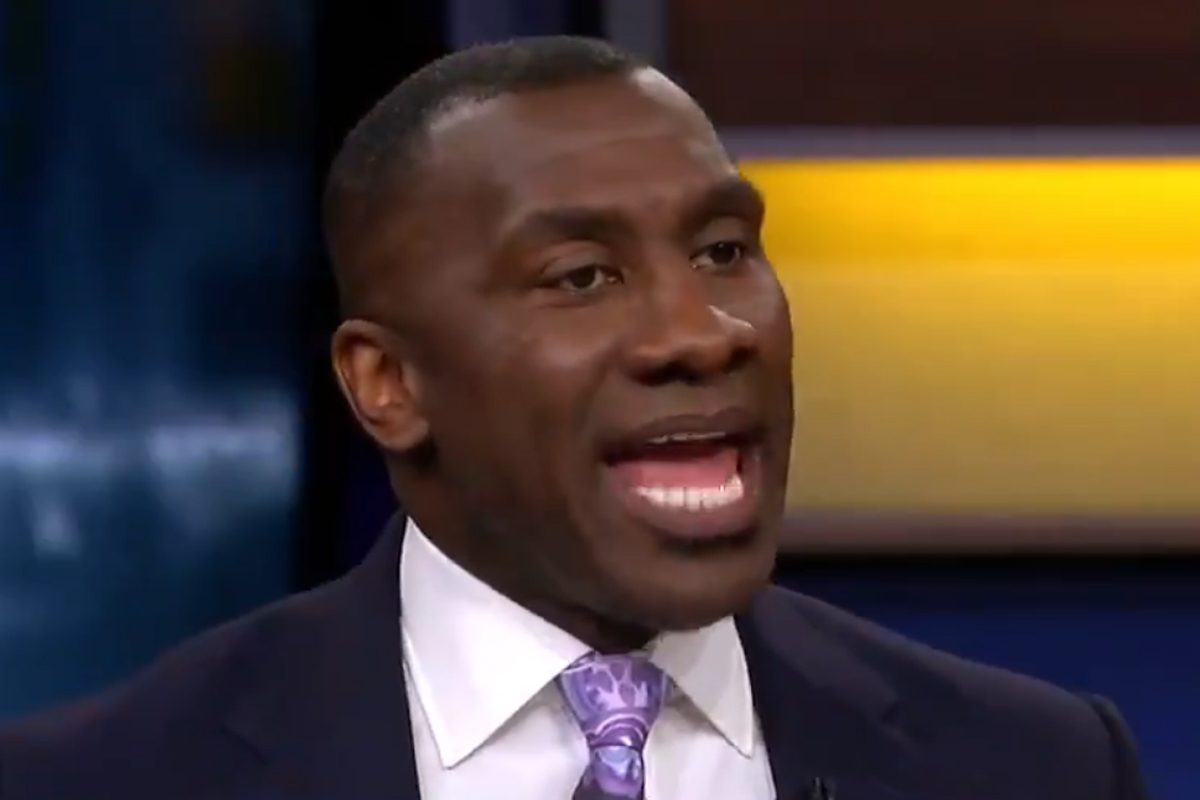 Shannon Sharpe is a former American football player who played tight end in the NFL for the Baltimore Ravens and Denver Broncos. He is currently a television co-host on the show, Skip and Shannon: Undisputed. Shannon co-hosts the show with Skip Bayless. Prior to that, Shannon was known for being CBS’S analyst when it telecasted NFL matches.

During his football career, he played a total of 14 seasons in the NFL. When he was retiring, he had set three unbroken records and won three Super Bowls. Shannon set the highest receiving touchdowns, receptions, and receiving yards. For more information on his net worth, read our article.

It should come as no surprise that Shannon is a multimillionaire. This is thanks to a successful career in American Football and television hosting and analysis.

Shannon is estimated to have a net worth of about $12 million. His income sources include his salary during his NFL career and his earnings as a television personality. Moreover, he has also earned from product endorsements.

With enough money to buy what his heart wishes, Shannon’s life is nothing short of luxurious. To begin with, he has an expensive taste in cars.

A scroll through his Instagram photos reveals that he likes high-end vehicles from manufacturers like BMW. When he took delivery of his beautiful grey BMW 5 Series, he took to Instagram to show it off.

When it comes to his house, it is a swanky contemporary mansion boasting of large square-footage. On his Instagram, we see the house’s interior which is nothing short of beautiful.

Shannon lives a healthy lifestyle spending a good chunk of his time in the gym. His Instagram is littered with photos of him working out and promoting fitness products.

Aside from being a hardcore fitness fanatic, he has a soft spot for pets. Shannon loves posting photos of his three dogs whenever he gets a chance.

Shannon’s career in the NFL began in 1990. He started off playing receiver for the Denver Broncos. However, this position was not the best fit for him as his performance was mediocre at best.

Thankfully, he was then asked to play tight end, and the rest is history. This was his forte. He set unbroken records in this position until he retired. In 1999, he left the Broncos and joined the Baltimore Ravens in 2000. There, he played for two years after which he returned to the Broncos. Shannon played for the Broncos from 2002 to 2003.

He then retired from playing and ventured into the world of television. Shannon became a CBS Sports commentator until 2014. Other than that, he hosts a radio show named Opening Drive for Sirus NFL Radio. Currently, he is a co-host of FS1’s show, Skip and Shannon: Undisputed, which he co-hosts with Skip Bayless.