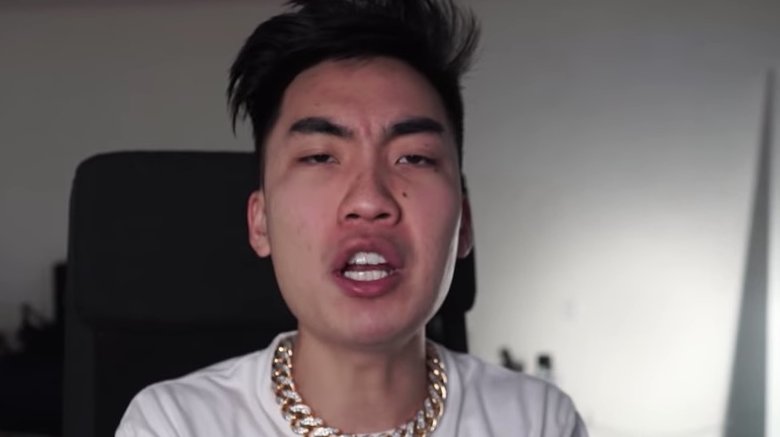 In 2017, RiceGum was the 25th on the Billboard “Emerging artists” Chart. Some of his singles include; Naughty or Nice, Never Complain, and My Ex.

By 2018, The Recording Industry Association of America certified RiceGum’s single “It’s Every Night Sis” Platinum. Continue reading to discover more about his net worth and Income Sources.

Ricegum’s net worth is estimated to sit roughly at $8 million. How did RiceGum get so rich? Simple, he got rich and famous through his music and YouTube videos.

RiceGum is also making money through concerts and merchandise. He recently started his streetwear collection, where he sells stuff like T-Shirts at $20.10.

RiceGum moved from Las Vegas to live in Los Angeles. Some time ago, he lived in a mansion worth 12.5 million and was previously owned by Justin Bieber. His 12,500 Square-foot Hollywood Hills house had ten bedrooms and thirteen bathrooms.

RiceGum did not live alone in the massive mansion but with his Housemates. In one of his videos, he announced the rooms were rented at $47,000.

It was then reported that he moved out. In April 2020, RiceGum gave a tour of his new apartment. Even though it was a big downgrade, he still loves his new place.

As for his car collection, RiceGum owns a Range Rover Evoque ($55k), Rolls Royce ($305k), and a Lamborghini ($199.8k). Coming to his lifestyle, RiceGum always loves looking good at all times.

For instance, he once purchased an Adidas Drapes worth $1500. In his closet are several shoes from brands like Nike, Supreme, and Lauren. Moreover, most of his T-shirts and hoodies are from Supreme, which is a very expensive brand.

RiceGum released his first single, It’s Every Night Sis, in 2017. His debut single featured Alissa Violet, a YouTube Personality. His single debuted at Number 80 on the Billboard 100. After the success of his first single, he began making others. Some time ago, the Super Bowl Lil Commercial for ‘Monster’ headphones featured RiceGum.