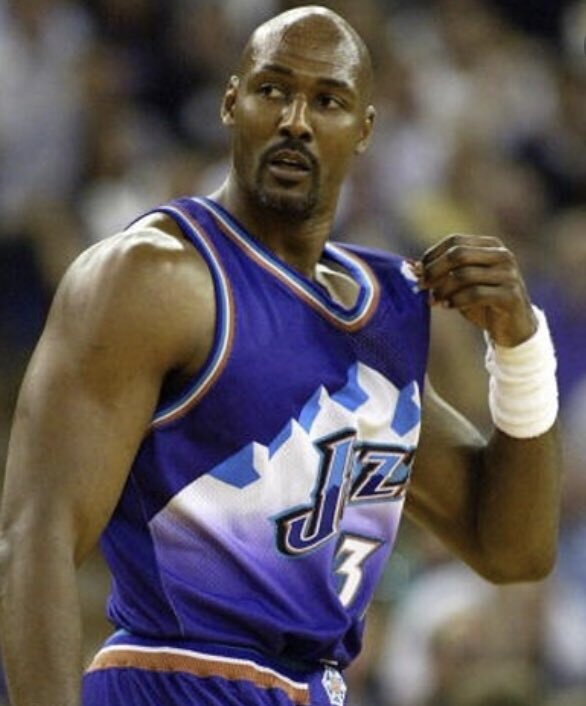 Karl Anthony Malone is a retired American basketball player. He is known for playing the position of power forward for the NBA team, Utah Jazz and the Lakers.

Karl started playing for Utah Jazz in 1985. He was with the team for a whopping 18 years after which he left in 2003.

After leaving the Utah Jazz, he became a free agent. Karl then joined the lakers from 2003 t0 2004. In February of 2005, he announced that he would retire from the NBA. Karl had played a total of 19 seasons in the NBA.

Find out more about Karl Malone’s net worth and lifestyle details in our insightful article.

Karl Malone is one of the best basketball players to ever walk the face of the earth. Having played for a total of 19 NBA seasons he received multi-million dollar contracts with Utah Jazz and the Lakers.

Karl Malone is estimated to have a jaw-dropping net worth of over $75 million.

He has made most of his income from his salary in the NBA league. Additionally, he also made a lot of money from product endorsements.

After retiring, Malone ventured into business, and boy, has he taken the world by storm. He owns almost a dozen businesses that generate millions of dollars in revenue annually.

Karl Malone is definitely living large thanks to a net worth inching ever closer to 100 million dollars.

His properties are so many that we wonder how he manages them all. For instance, Malone owns a 230-acre ranch where he farms cattle. Moreover, he owns a few thousand acres of timberland in Louisiana. He grows and sells trees on the land.

Additionally, he has leased mines to extract gas and oil. Hold on to your socks because we’re not done yet. Malone also owns a 22-acre property in Sandy that nestles a used car outlet named Karl Malone Used Car Outlet.

Malone also owns two Condos in St. George’s Green Valley Resort. He also owns a 37-acre property in Ruston that has an outdoor mall and a 12,000-square-foot commercial building he leases out to businesses.

When it comes to cars, Malone owns several hundreds of them. I mean, he is the owner of Karl Malone Toyota located in Draper and Karl Malone Used Car Outlet located in Sandy.

Karl Malone joined the NBA in 1985 after being picked 13th overall from the NBA draft by Utah Jazz. He played for the Jazz for a solid 18 years.

Malone is a two-time MVP; in 1997 and in 1999. Moreover, he is a fourteen-time NBA All-Star. Throughout his career, he scored an impressive 36,928 points which comes second to Kareem Abdul-Jabbar’s record in the entire history of the NBA. Moreover, Karl is an 11-time All-NBA First Team member.