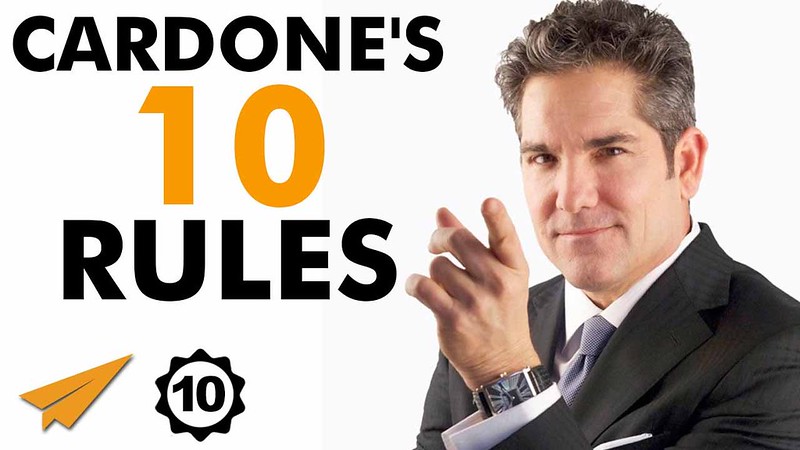 Grant Cardone is a 62-year old writer, motivational speaker, trainer, and real estate mogul. He was born back on the 21st of March 1958 in Lake Charles, Louisiana, to Concetta Neil and Curtis Louis Cardone.

Most people will not be aware of the fact that Grant has a twin brother named Gary. Grant is a former student of La Grange High School and McNeese State University.

Cardone has released a series of books, most of which have gone on to top the New York Time’s best seller’s list. Explore a few more interesting details about Grant Cardone’s net worth and finances here.

Grant Cardone is a man with numerous sources of income. The most significant source of revenue comes from his real estate portfolio, which is presently valued at $900 million. To date, it is estimated that he has brokered real estate deals worth about $800 million.

Cardone additionally owns a variety of businesses such as Cardone Acquisitions and the Cardone Group. Lest we forget, Cardone is also a prominent author.

These include titles like The Millionaire Booklet, Closer’s survival guide, Sell Or Be Sold, and The 10x Rule. All of these titles have played a hand in supplementing Grant’s income. As of 2020, Grant Cardone’s net worth is $300 million.

Being a real estate mogul, it comes as no surprise that Cardone owns several properties. The first significant piece of real estate he acquired was a 38 unit complex located in San Diego. He had to part with a cool $1.9 million to seal the deal.

By 2012, Grant had acquired over 1000 apartments across Florida. This particular portfolio was valued at $58 million. Cardone set aside part of his vast wealth to purchase a $50 million jet.

Despite his vast wealth, Grant still practices some form of self-control. In one of his books, he advises readers to not go for exotic vehicles unless they have disposable income.

Grant Cardone began acquiring property when he was 29-years old. It was around this time that he bought a single home, which he then rented out. Five years after this experience, Cardone moved on to multifamily complexes.

Grant used his experience to design sales programs that were engineered for managers, businessmen, and managers. 2011 saw Grant gain further popularity as he was brought on to star on Nat Geo’s Turnaround King.