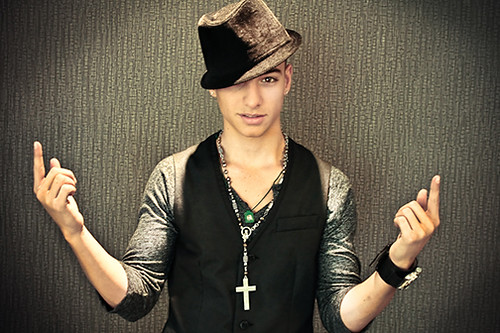 Maluma is a 26-year-old Colombian singer-songwriter. Perhaps Shakira’s hit song, Chantaje featuring him rings a bell. In 2017, the song hit the top on the Billboard Hot Latin Songs Chart.

Not only is he recognized for his music, but he has also appeared in T.V. shows such as La Voz Kids Colombia/Mexico, Despertar Contigo, and others.

Maluma is also to star in an upcoming romantic/comedy film called ‘Marry Me’. In this movie, he will be working alongside celebrities such as Jenifer Lopez, John Bradley, Jimmy Fallon, and Owen Wilson. Learn more about his net worth and income sources.

At 16 years old, Maluma had already begun recording music. Today, Maluma’s net worth is $12 million. This is not surprising, especially once you learn that he earns about $600k for every concert he does.

His music has contributed positively to his net worth, for he earns a stipend from his album sales. On his V.E.V.O. account, Maluma has over 10 million followers with billions of views. In addition to that, for every one million views, he gets paid $15k. Imagine how much he makes from YouTube with 25.5 million subscribers.

Maluma’s other income source comes from his online shop called ‘shopmaluma.com.’ A hoodie, for instance, is sold at $60. Finally, it is evident that Maluma has also earned from all T.V. shows he has been on. Unfortunately, his earnings from T.V. shows are unknown.

Maluma owns a beautiful luxurious mansion in Colombia. Looking at his social media, he gave a fantastic tour of his stylish house, which is located near Medellin in Colombia. Maluma is among the celebrities whose house has an elevator. That’s not the only surprising this about him. He also has his own personal chef living with him.

Taking a look at his kitchen, the guy has a collection of Versace mugs. This shows you how lavish his life is. What sort of cars do you think he drives? Maluma owns a Ferrari 488 GTB worth $335k, a Porsche 718 Boxter S, and a Mercedes truck. In addition to that, he also owns his own private jet.

Maluma’s music career began back in 2010 when he was still a young teenager. After releasing his single, Farandulera, he caught the attention of many and was eventually signed by Sony Music Colombia. Two years later, he was awarded the Best New Artist- Shock Awards.

Since then, his music has continued being big hits as he continued working with well-known artists like; Shakira, Madonna, and Karol G. In 2018, Maluma won a Latin Grammy for his album F.A.M.E. The following year, he starred in a Super Bowl commercial, which was being filmed in Medellin.