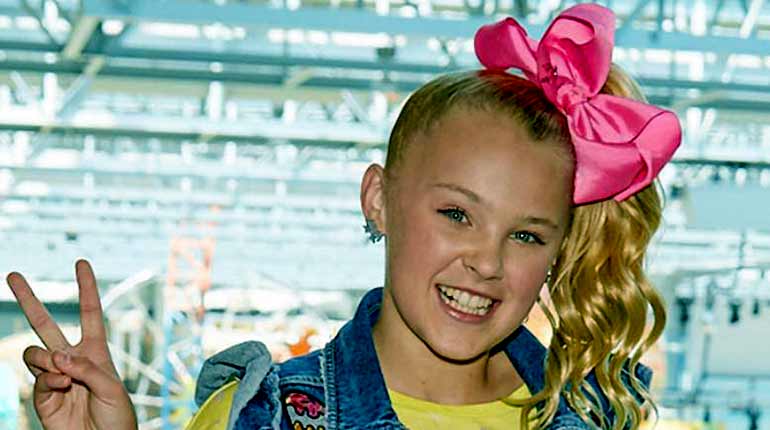 Hollywood celebrities come in all shapes and sizes, and Jojo Siwa is of the younger variety. She’s a multi-talented actress, dancer, and singer who’s made significant breakthroughs through her YouTube Vlogs. Nonetheless, you’d think that at age 15 she hasn’t had a lot of years to add to her work experience, but wait till you hear about her many ventures. Read further on Jojo Siwa’s net worth and career in details right here.

Who is Jojo Siwa? Her Career info

Jojo Siwa is a vibrant young soul who came into the world in Omaha, Nebraska on May 19th, 2003. As the last born in the family with her older brother, Jayden, and father, Dr. Tom, the young star always had a close bond with her mother.

Moreover, it’s their dynamic that saw the initial phase of her career when they both appeared on Abby’s Ultimate Dance Competition. Even though she got eliminated from the competition, Siwa and her mother still soldiered on. 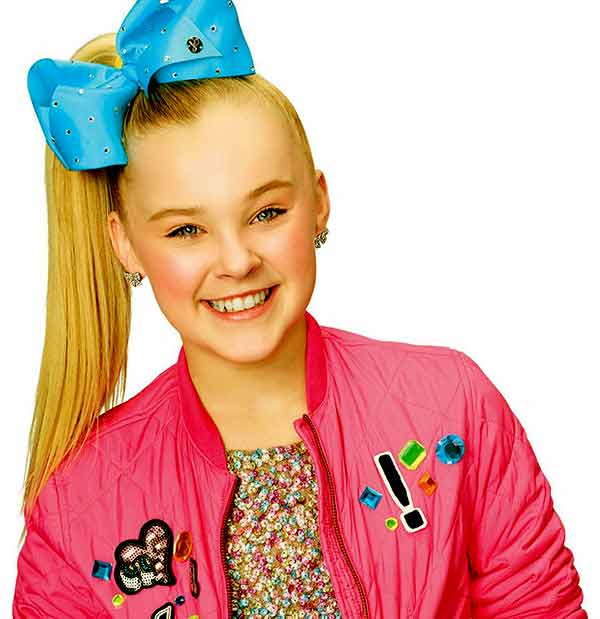 Her desire for greatness got her in Abby Lee Miller’s ALDC in 2014. However, it was her appearance on the reality show Dance Moms that put her up on the spotlight. Within no time, Nickelodeon approached her with a series of casting shots in many sitcoms like School of Rock, The Thundermans, Jojo’s Juice and many more.

To start the list, Jojo’s most prominent works comes in the form of her music. Her first release was Boomerang in 2016 that currently has over 697 Million views on YouTube. The song addressed contemporary issues like cyberbullying.

To add on, she followed the song with a series of more tracks like Jojo’s Guide to the Sweet Life, and Things I love. This year, she released two songs titled Candy Kisses and The Posh Puppy Pageant that got well received.

This year, she will embark on her first world tour titled D.R.E.A.M.  set to begin on May 17th in Phoenix, AZ. Consequently, she has snagged the Industry Dance Awards, Reality Television and Nickelodeon Kids Choice Awards for favorite Social Music Star.

The young lass couples her television roles and dancing career with a series of investments. She has a line of signature big bows that have sold millions of units. Siwa channels her products through popular store outlets like Claire’s Accessories and her more recent deal with J.C Penney.

Jojo Siwa’s net worth estimations hold steady at approximately $12 million. For a 15-year-old, this is no easy feat. Other sources of her financial success are geared towards the sale of home accessories and kids dolls as well as children’s books.

Moreover, with 9.6 Million subscribers on YouTube, she’s also capitalized on monetizing her social media platforms. Siwa keeps an updated Vlog of her day to day life on her channel and also promotes a few brands. She also models part time for Beauty Bakerie and LolSurprise.

Like most young teenage girls, Jojo is obsessed with glitter, rainbows, and unicorns. As expected, her house is a reflection of her net worth and looks like a Mickey Mouse Club House without the Disney characters. Instead, she has her face implanted on most of her household items.

In regards to cars, she hasn’t got her driving license yet considering she’s still a minor. However, when she does, she’ll have a Mercedes Benz G-Wagon and a BMW convertible that her parents got her as a Christmas Present. Like most of her toys, the car also has a giant face implant of herself.