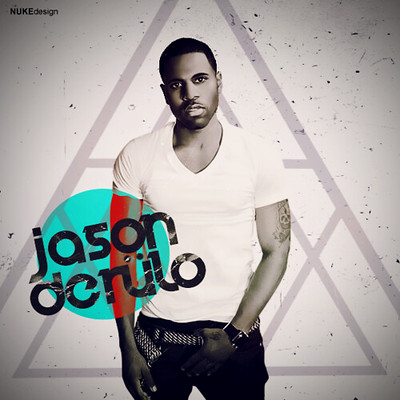 Jason Joel Desrouleaux is an American musician, songwriter, and dancer. He was born on the 21st of September 1989 in Miramar, Florida. 2009 was Jason’s breakout year, particularly as he released his debut album. By then, he was performing under the stage name, ‘Jason Derulo.’

To date, Jason has released 11 platinum singles and millions of singles in total. These include catchy tunes like Get Ugly, Ridin’ Solo, Want To Want Me, Wiggle, and Take You Dancing.

Derulo has come a long way since he wrote his very first song at the age of 8. Read about his net worth and property right here.

Without a doubt, Jason’s primary source of income comes from his very successful music career. For one, he has sold over 30 million copies of his various albums worldwide. Derulo also makes a decent living as a song-writer. Over the years, he has worked with popular artists like Iyaz, Little Minx, and K. Michelle.

Lastly, Jason is very popular on social media platforms such as TikTok. Some would even go as far as to call him ‘the King of TikTok.’ It is reported that he makes $75,000 for every video he posts on this platform. Currently, Jason Derulo’s net worth sits at $16 million.

Jason Derulo owns a lavish Tarzana property which he acquired for $3 million back in 2014. The Ridin’ Solo artist regularly posts videos of his house on tiktok. As such, most fans are familiar with the mansion’s lavish amenities. These include an outdoor pool with a bar, a basketball court, a two-bedroom guesthouse, a home theatre, and a pergola.

Jason has also accumulated a plethora of luxury vehicles over the years. These range from a Rolls Royce Phantom, Porsche Panamera, Lamborghini Gallardo 550-2, to a BMW i8 which he paid £150,000 to acquire.

Jason started off as a songwriter, which gave him the chance to work with artists like Sean Kingston, Cassie, and Danity Kane. Eventually, he was musical prowess was discovered by J.R. Rotem, a music producer who signed him to Beluga Heights Records.

Following his big break, Jason went on to release instant hits such as Whatcha Say, In My Head, The Other Side, and Swalla. 2019 additionally saw Jason Derulo appear in the movie Cats alongside other reputable actors. Unfortunately for everyone involved in the project, the movie was both a critical and commercial failure.